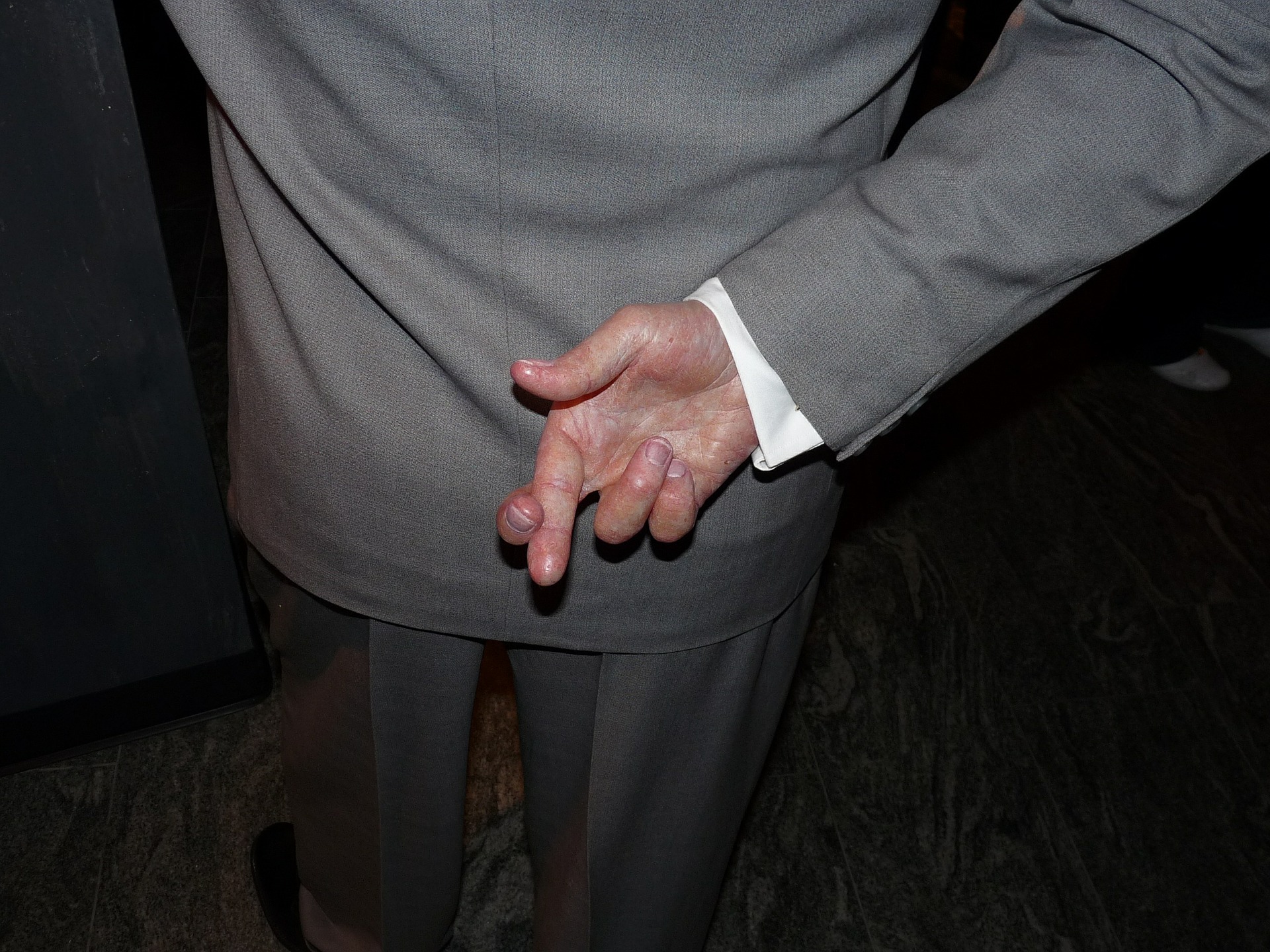 The Three Most Powerful Words in Business

Transform your reputation and become a more powerful leader by practicing three simple words on a daily basis.

Acme Corporation is a snappy new SaaS software vendor providing an event planning app. Jim Smith, a senior account rep for Acme is sitting down with a huge prospect and they’ve jumped through all the hoops; they’re running head-to-head against the established leader in the field. During the last phase of the sales process the customer asks Jim if their product also handles room assignment and reservations. Jim’s not 100% sure but he doesn’t want to lose the deal so he responds in the affirmative. The client signs the proposal, Jim plans for a sweet commission check and now the race is on to implement the solution. What the client and Jim don’t know is the software can’t actually handle room assignment and reservations.

So what happens next? The deal is done and the salesperson hands the SOW over to the customer success team. They immediately see the requirement can’t be met but Jim says that’s how we won the deal and can’t go back to the client now. So the requirement gets kicked to the product team, they scramble to gather what few requirements they can, wireframe the new functionality, development has to stop everything they’re doing to meet the customer’s deadline, testing is half-assed at best, design slaps a coat of paint on it, the customer tries to use the new scheduling feature but it doesn’t have half the features they were expecting. Now they’re upset at the salesperson, they threaten to unwind the entire deal if they don’t get some money back, the C-suite gets involved, and in the end a deduction is made from Jim’s next paycheck for his commission.

Susie Smith, Founder & CEO of PowerApp.com is sitting in her Q4 board meeting when the president of the board asks her how the new price increase will effect churn rate and monthly renewals. She knew this question was coming but because she’s been so busy implementing 15 new clients this quarter she hasn’t had a chance to do the research she was supposed to do. During the last board meeting Susie told the board she was going to survey 10% of PowerApp’s top clients and discuss the upcoming changes. Rather than appearing unprepared, Susie’s gut told her they’d be just fine. The product is functioning well, they’re adding lots of new features and she trusts her customers well enough to know they’re not going to abandon her now; not after everything she’s done for them. So Susie looks the president in the eye and says, “I talked to a number of clients and they totally understand why we’re raising our prices. They realize we’re adding new features they see their value increasing. We shouldn’t have any issues.” The president thanks her for the update.

So what happens next? January 2nd rolls around, price increases go into effect and all hell breaks lose. Within three months churn rate has increased 20% and the number of customer complaints is higher than ever. Conversion rates have decreased, win rates are down and even PowerApp’s best customers are  complaining about the decreased value they’re getting. A large pit is forming in Susie’s stomach. She knows that during the Q1 board meeting she’s going to get hammered. The president won’t forget her comments last quarter he has fuse of a Black Cat firecracker. Best case scenario; a tongue lashing in front of the board. Worst case; a cardboard box waiting for her at her desk. This may be a big deal.

The problem with both of these fictitious scenarios is they’re far from fictitious. I have personally seen situations like this time and time again—and from all levels of management. One of the worst offenders in my twenty years of working on software projects was from a founder/CEO. A salesman at heart, this CEO couldn’t help himself when presented with the opportunity to win a sale. Nothing was off the table, scope was rarely discussed, and if so was akin to a “back of the napkin” set of requirements. Developers were over worked and constantly unhappy. Client success couldn’t implement projects on time and they were always over budget. Employees across the organization knew what was happening but it’s pretty hard to reprimand a CEO; especially one who’s been operating that way for the better part of his professional career.

While the likelihood of Susie losing her job is low her reputation and creditability will take a major hit. While Jim’s next paycheck is not as high as he had hoped the development team is angry—and development teams don’t easily forget the twelve hour days and rushed QA process they endured only to see their hard work get ridiculed and tossed aside by the customer. Imagine brining a picture home from art class and your mom throwing it in the trash rather than hanging it on the fridge. You were doing your best and now you don’t want to go back to art class on Monday.

How could both of these situations been avoided? Three of the most powerful words in the English language are, “I don’t know.” Telling a customer or the president of the board you’re not sure but will get back to them is all it takes. Maybe Susie missed her deadline but if she was truly implementing 15 new customers that’s a good fallback strategy. Jim could have easily called a product manager or customer success or told the client he’d get back to him after lunch.

Most often behavior like this is operating from a much deeper place. Jim may just be greedy and kind of an asshole. He may know that as long as he got a signature it will be someone else’s problem. He could also be operating from a place of scarcity and is seeking the love and adoration of his boss for closing one of the company’s biggest deals. Maybe he also knows sales are slow right now and he really needs this sales to close out the quarter. In any case, this behavior can be traced all the way back to a company’s core values. At the very core, this all sits on the shoulders of honestly. I’ve read and heard many people say, “You don’t need to include ‘honesty’ in your core values; it’s implied.” I’m telling you right now, it’s never implied. In every company I’ve had to opportunity to advise on core values I have always recommended honesty remain at the top of their list; with humility coming in at a close second.

Without honesty we have nothing. I was listening to the news today and heard a politician speaking during a press conference. Big promises were made regarding multiple policy initiatives and his speech was full of hyperbole. As I sat there listening I had no idea what was true and what was false. Offering the benefit of the doubt, maybe he doesn’t realize his words mean as much as they do. Maybe he doesn’t understand that people desperately want and need honestly more than absolutes and marketing spin. Without honestly, we have nothing.

To be fair, Jim may not have thought this was a dishonest action. He may have thought the product actually had the feature. He could have even thought, “That sounds easy, our competition already does it so it can’t be that hard.” And the bright side in both cases is they’re teachable moments; especially in Jim’s case. If a company truly believes in building a great product and maintaining high client satisfaction Jim needs permission to say, “I don’t know.” He needs to be taught that saying those words actually makes him stronger and more respected in the eyes of the customer. Saying, “I don’t know” is the easiest way to prevent yourself from lying…and I’ve never met a client or a coworker who wants to work with a liar.

Our free online training, "How To Start a Tech Company...and Not Die Trying" is now open for registration.